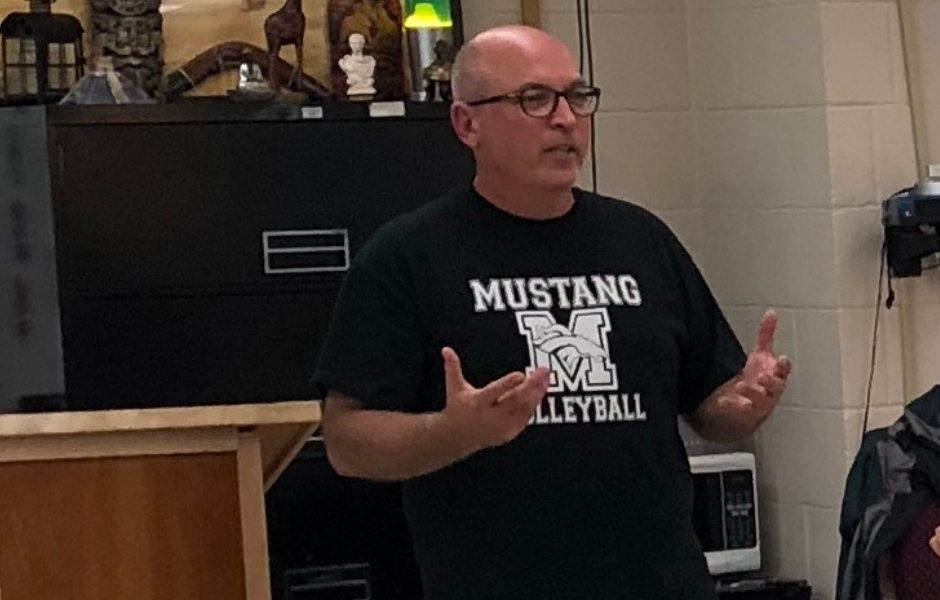 By: Thomas Dillard, Master of Arts in Educational Leadership

It is hard to believe that my time as an Educational Leadership graduate student is coming to an end. Group 043 will complete its classes at end of October and graduate in December. Wow, this has been quite a ride. As I prepare to start a new journey, I thought it would be appropriate to reflect on how I came to be where I am today.

I entered full-time pastoral ministry in 1993 with an extremely small church in Missouri. (There were only eight in attendance my first Sunday.) During this time, the church was transitioning from the traditional piano, organ, choir loft, pews to a more modern, outreach-based model.  We saw tremendous growth during my four years as pastor there, and offers from larger churches began to flow my way.

From there, I served in three different churches, all of which saw growth during my tenure.  However, I was not seeing personal growth.  After ten years in pastoral service, I began to experience long episodes of hopelessness and doubt. This all came to a head in 2003 when I left the ministry and went through a painful divorce.  I felt I had lost everything, including relationships with friends and colleagues I had known for years.

Rebuilding from the ground up, I started a successful career in retail management and married Julie, a wonderful woman who was my soulmate and best friend. She was a wonderful step-mom to my children and spent countless hours finding resources for my son, who has special needs. Four years after I thought I had lost everything, I realized my passion for teaching others, which led me to seek a Master of Education.

In the meantime, my ex-wife had remarried, and moved to Oklahoma with our children. From where I lived in Kansas, the trip to Oklahoma was a five hour-drive and way too far to be from the kids. So, Julie and I moved to Oklahoma, where I was offered a middle school teaching position. Things finally seemed to be looking up.

Then, in June of 2013, I had one of those days you would not wish upon anyone.  Mid-morning, two highway patrol cars pulled up to my house and asked if they could come inside.  A big policeman took off his hat and told me that Julie and been killed in a traffic accident on her way to work that morning.  I felt like I had been punched in the gut.  I was frustrated with God and wanted nothing to do with church.  The only reason I would drag myself out of bed was for the sake of the kids.  I just couldn't give up.  I immersed myself in the comfort of being a good coach and teacher.  This worked well, except when I was alone at home.  When the kids were not around, I began to utilize alcohol as a crutch to get me through those hard times.

Throughout all of this, I never lost my belief that God was in control of the universe, or the fact that His Son died for humanity.  I just did not want anyone to talk to me about it.  My kids, however, stayed very active in church and with their youth group. During this dark time, my kids demonstrated God's unconditional love to me. It took about two years after Julie's death, but my heart finally warmed to the fact that God had called me and had given me the gifts that I possess.

Almost two years ago, my precious daughter said to me, "Daddy, I had a dream last night.  I saw you in an office with a door that said ‘Principal’ on it."  She continued, "Dad, life has sucked for you in the past few years, but it doesn't have be that way.  Your school loves you, the kids love you, and you are a good leader."

From the mouths of babes.

The next day, I got a flyer in the mail. It was about the SNU Master of Arts in Educational Leadership program. And here I am, ready to start a new journey. God did not give up on me. But oh my, was He so very patient with me.

Over the past eighteen months in the program, I have laughed, cried, been challenged, and had the opportunity to develop some incredible new friendships.  Mostly, however, I have been well-trained—trained to do what God has set before me as my next tent-making ministry.  I will forever be grateful to God and the M.A. in Educational Leadership program at SNU for allowing me to be exactly where I needed to be at just the right time.